What's On at the Library 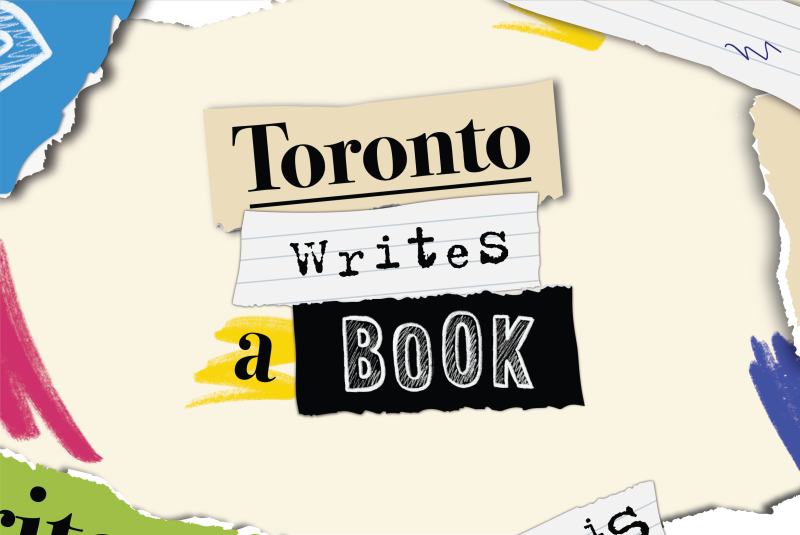 Help us write a book, one line at a time, on Twitter. 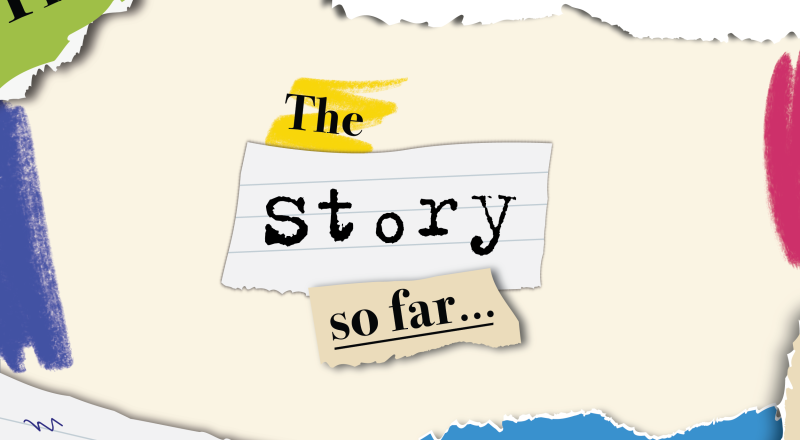 I sat on a bench reading my book in the waterfront’s early morning sunshine when a jogger suddenly stopped in his tracks and approached me with a knowing smile. "I read that book in 1991 — it saved my life." I held up the back cover, complete with a portrait of the author, and smiled as his eyes registered the resemblance. “It’s you!” he said, before concern replaced the thrill in his voice. “But why didn’t you ever write another book? I was waiting. We all were.” This wasn’t the first time I had been asked this question but I was finally ready to answer.

“That depends,” said the jogger, wiping his damp face with the bottom of his sweatshirt before adding, “If this was one of those biopic movies, would this be the moment where we’d cut to a flashback of you as a young child?”

I laughed, put the book in my purse and said "yes, it all stems from a deep seated childhood tragedy." He looked unsettled for a moment before he got the joke. I winked at him & motioned for him to walk with me. Before I knew it, we were halfway to the Islands on a ferry. He asked if he could show me something. The wind rolled off the lake, making his scent that much more pronounced. It awoke my senses...I knew this man. We’d met on the 501 three decades ago. He’d been short-turned on the streetcar ahead and was lost and confused when he boarded the following car - my car. I fell in love with his innocence at that moment - his beautiful long hair didn’t hurt, either. But that was gone now - the innocence and the locks. His face darkened. “Why?” he demanded. "So serious!" I looked over my eyeglasses. "We've met before, but we haven't been introduced. You're...?

“Dr. Karim, I . . .” He paused, looked away. He seemed to be wrestling with something before he turned back to me. “I work at CAMH, Acute Care.”

I nodded in support of his anxious demeanour. "What I wanted to show you is something I've been working on." Naturally, this took me by surprise considering the nature of his job and his lack of possessions, but my intrigue was growing. What could it be?

He led me up the steps of a small house. Unlocking the door, he ushered me in. I looked around at the collected pieces of his life. Dr. Karim disappeared for a moment and when he returned, handed me a stack of papers. "I started this the night you saved me."

He referred to it as the greatest human endeavour; a working theory on how to successfully transplant a brain.

She felt a slight shiver of apprehension. She knew it was just her imagination running away with her - but it was the 200th anniversary of Mary Shelley's Frankenstein, after all.

“Why am I suddenly speaking in the third person?” I asked before Dr. Karim turned to me. “A writer’s brain,” he said, softly. “I’m envious of people with vivid imaginations. I wonder what it would feel like. To have a brain…just like yours.”

Slightly alarmed, I took a deep breath to calm myself - it was time to answer the question that got us here, "I can tell you what it's like, but you might not like the answer ... because it's also why I haven't written another book."

"It's like the Ouroboros," I said. "The snake that eats its tail. Skeptical. Subversive. Skeptically sub -" He didn't let me finish. He wanted to see for himself. Using the exSkullpator, he connected me to the brainSTEM to emit thoughtmemes character by character into infinity.

Special thanks to our contributors:

Tweet the next line with #TorontoWritesABook to be considered. Try to keep your submissions under 140 characters. Finalists are chosen based on which suggestions help tell a compelling and functional story. Not every line can be a plot twist. Every day, the library will select two of its favourite lines to compete head-to-head in a Twitter poll, open to all to vote for the line that will ultimately advance the story. There will be no voting on Saturday and Sunday. The story continues the following Monday.

Special events animate library branches all year round. Go behind the scenes of our events. Enjoy recaps, interviews, photos and watch videos. Get the insider's scoop on stuff that's coming up.